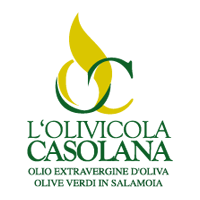 These are the remains that speak of the ancient Italic Town Hall named Cluviae, whose inhabitants were the Carecini. The importance of Cluviae is also evidenced by the discovery of a theater. Cluviae is remembered by Livy who describes it in 311 BC. as a city with walls and by Tacitus as the homeland of the stoic Helvidius Priscus.

We read in the bronze plate dated 5 May 384 AD. “Ortato sibi honore patriam civitumque Cluviatum love ac diligere non desit” that is: “having increased his honor, he did not stop loving and protecting the homeland of Cluvian citizens”. The suggestion of this distant civilization, the geographic arrangement of the plateau, between mountain and sea, are the roots on which the traditions and the centuries-old olive oil culture of its inhabitants rest.

6 glass bottles of extra virgin olive oil D.O.P of 750 ml D.O.P Extra Virgin Olive Oil produced with the olives of the members whose fields are officially registered in the register of olive groves at the C.C.I.A.A. di Chieti, in compliance with the Colline Teatine DOP production specification.

Extra virgin olive oil 6 glass bottles of 500 ml Oil produced with the olives of the members, whose olive groves are traditionally cultivated. All stages of production, both in the field and during processing, are carefully and constantly guided as well as monitored on a sample basis.